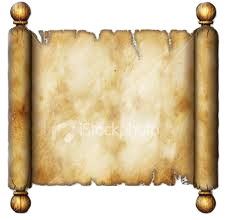 "The National Unity Party (NUP) is a political party whose time has come", said Cebu Representative and House Deputy Speaker Pablo P. Garcia, as he signed with his fellow legislators a Declaration on a New Political Party of the Filipino People NUP on December 17, 2010.

Joining hands with the party members from the House of Representative, who hailed from the provinces of Cagayan to Sulu, Governors representing key provinces of the country signed the declaration, making NUP a truly national political party.

The party's National Officers, led by Rep. Pablo P. Garcia, Rep. Rodolfo W. Antonino and Rep. Roger G. Mercado were chosen as Chairman, President and Secretary General respectively, by the NUP Congressmen and Governors to jumpstart the party organization across the country.

On January 27, 2011 NUP filed a petition for the formal accreditation by the Commission on Elections (COMELEC). In a Resolution dated October 5, 2011, penned by Commissioner Armando Velasco and concurred in by Comelec First Division Chairman Commissioner Rene V. Sarmiento and Commissioner Christian Robert S. Lim, the NUP was formally accredited and declared as a national political party.

As its slogan "One Nation, One Future" aptly states,NUP's principal advocacy is unity, the basic ingredient for peace and development in the country.

"The commitment of the NUP to foster unity in the country, particularly among our leaders and our people, will make our party a positive force in the nation's political life," declared NUP President Rep. Antonino.

Toward its end, NUP has forged a unity leadership with the major national political parties comprising the majority coalition in the House of Representatives. Under the House unity leadership, NUP legislators have assumed key positions in the House of Representatives, including the second highest post of Deputy Speaker, membership in the powerful Commission on Appointments and the House Electoral Tribunal as well as Chairmanship of strategic House Committees, such as the Transportation, Trade and Industry, Labor, Public Order and Safety and Suffrage Committees.