NUP: A movement for national reconciliation and unity

(Speech of Speaker Feliciano Belmonte, Jr. during the National Convention of the National Unity Party at Sofitel Hotel on September 26, 2012)

Officers and founding members of the National Unity Party, distinguished guests, my colleagues and friends, ladies and gentlemen:

Readmore..
Tweet
National Unity Party comes out at convention, aligns with admin Created on September 27, 2012, 4:05 am Posted by nup

MANILA, Philippines -- The National Unity Party introduced itself Wednesday, four days before the election season officially begins with the filing of certificates of candidacy, and immediately announced its alignment with the administration. 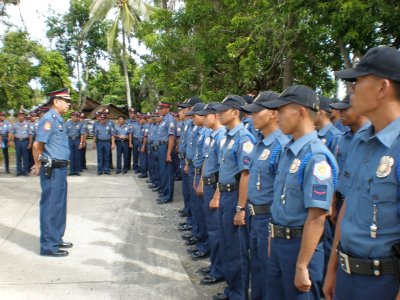 A lawmaker yesterday said the Philippine National Police (PNP), particularly the National Police Commission (Napolcom), should come out with an inventory of all cases involving policemen, especially those pending for years.
“Recent incidents of policemen involved in crimes and other acts prejudicial to the service reveal that those involved have derogatory records and pending cases,” House Assistant Majority Leader and Davao City Rep. Karlo Alexei

Budget Secretary Florencio Abad, a leader of the ruling party, has told reporters that they are expanding the planned coalition to include the National Unity Party (NUP).

“Yes, we are talking to NUP leaders. The beauty of NUP is that it has no candidate for senator, so we will have another political group supporting our senatorial ticket,” he said. 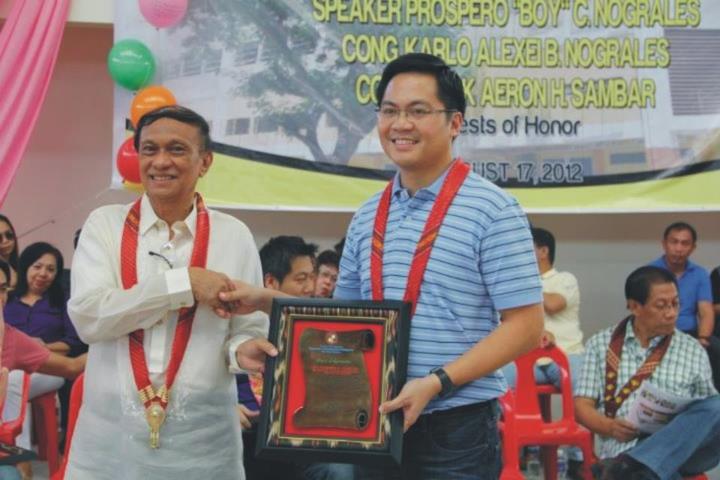 DOME FOR USEP. House assistant majority leader and Davao City congressman Karlo Nograles, right, receives a token of appreciation from Dr. Perfecto Alibin, president of the University of Southeastern Philippines (USEP), during the recent opening rites of the USEP Gymnasium and Cultural Center. The project was started by former House Speaker Prospero Nograles and completed by his son and successor, Congressman Nograles.

The Professional Regulation Commission (PRC) has announced that 78 out of 141 passed the Geologist Licensure Examination given by the Board of Geology in Manila in August 2012.