MANILA, Philippines - It's a mix of veterans from the judiciary and the academe, the young and the old. And one of them will be the next Supreme Court associate justice.

President Benigno Aquino III has until November 22 to make his choice. The new associate justice will take over the seat vacated by Chief Justice Maria Lourdes Sereno in August.

Leonen, Lotilla, Carandang, Andres Reyes got 7 votes from the 8-member council, while Jose Reyes and Tijam got 6 votes. Diokno got 5 votes. The JBC chose them from among 15 original contenders.

Among the 8 JBC members, it was Hermosisma who did note vote for Leonen and Lotilla. Cayosa, on the other hand, did not vote for Carandang and Andres Reyes. 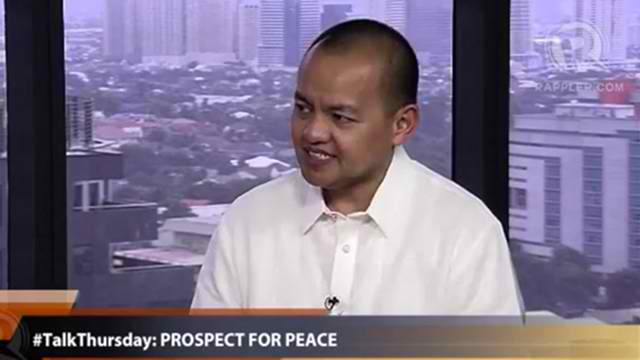 LEONEN. From the government peace panel to the SC?

The 49-year-old Leonen heads a government peace panel which recently reached a Framework Agreement with the Moro Islamic Liberation Front. Prior to his appointment to the peace panel, Leonen served as the dean of the UP College of Law from 2008-2011.

If appointed justice, Leonen will spend 21 years in the Supreme Court - until he reaches the mandatory retirement age of 70.

As a law dean, he is best remembered for leading his college in its strong stand on some issues that have plagued the High Court such as the alleged plagiarism of Justice Mariano del Castillo. Around 37 members of the UP College of Law faculty called for Del Castillo's resignation after he allegedly copied parts of his decision in a case involving comfort women. The SC admonished them, including Leonen.

Leonen vowed that if appointed, he can be independent from the Palace. He told the JBC in his public interview in October that President Aquino only consulted him about the peace talks -- and nothing more. 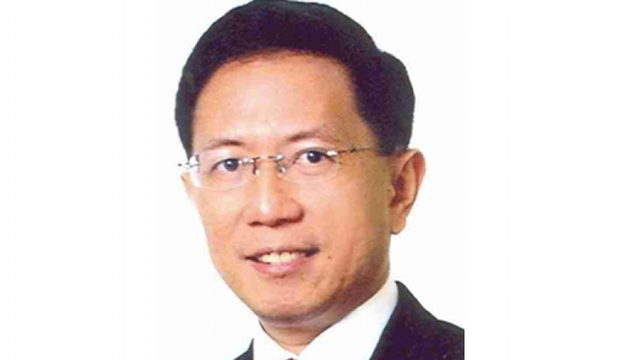 LOTILLA. Declined nomination to chief justice before, but is aiming to be SC justice now.

Lotilla, like Leonen, taught in UP Law. He also vied for the deanship but lost. Lotilla and Leonen were previously nominated for the post of chief justice, but both declined.

Lotilla said the tradition of appointing the most senior member of the court as chief justice should be upheld.

Lotilla worked in government for over two decades, holding posts in the National Economic and Development Authority and the Department of Energy, in both instances as Secretary.

He never held a judicial post, however, and was asked by the JBC if this could work against him. Lotilla said the SC could benefit from having someone with an executive background.

In 2009, Lotilla faced cases in the Office of the Ombudsman for allegedly accepting a P10-million "privatization bonus" as board member of the Power Sector Assets and Liabilities Management Corp (PSALM). The bonus was allegedly given after PSALM facilitated the sale the of the 600-megawatt Masinloc power plant in Zambales to YNN Pacific Consortium, Inc. in 2006. The case was dismissed. 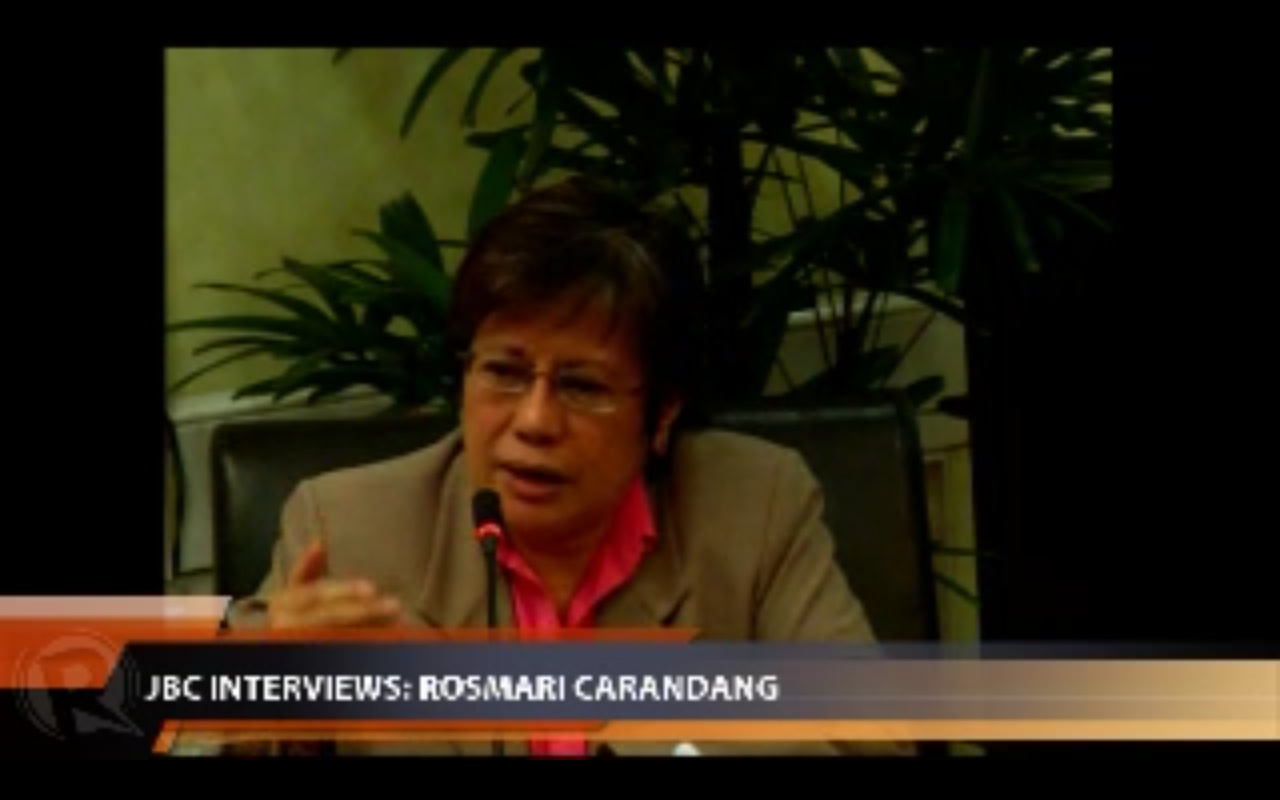 Carandang was appointed to the Court of Appeals in 2003. Prior to that, she served as a regional trial court judge in Manila.

Carandang is for the passage of the controversial reproductive health bill.

During the JBC public interview, she was asked if plagiarism by a justice should be made grounds for impeachment. She said no. "It cannot equate to levels of betrayal of public trust,” she said. “Acts calling for impeachment are high crimes." 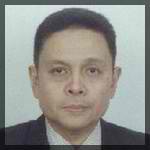 TIJAM.Previously nominated to the SC.

Tijjam has been nominated to the High Court several times.

Tijam used to work with now Speaker Feliciano Belmonte Jr. at the Government Service Insurance System during the time of then President Corazon Aquino. Belmonte belongs to the Liberal Party, which also counts Aquino as a member. Tijam also worked as a legal consultant at the Senate.

He was a regional trial court judge in Quezon City in 1994 and was appointed to the CA in 2003. He completed law in San Beda in 1971 and passed the bar exams when he was just 22 years old.

One of his recent decisions include upholding the constitutionality of Aquino's Executive Order 2, which revoked appointments made by Arroyo within the appointment ban. The President is prohibited from making any appointments two months before the elections and until his or her term ends on June 30. 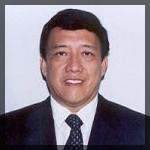 REYES. Will he successfully follow the footsteps of his grandfather, retired SC Justice Alex Reyes?

As presiding justice, Reyes oversaw the computerization program of the appellate court, which enabled litigants to monitor the status of cases online. However, under his leadership, CA justices opposed the passage of any bill that will mandate the disclosure of their statement of assets, liabilities and networth to the public.

He was appointed to the CA in 1999 and comes from a family of magistrates. The late SC Justice Alex Reyes was his grandfather, while his father Andres Reyes Sr. also became the CA presiding justice. 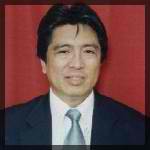 REYES. From lower courts to appellate court to SC?

Reyes also taught Commercial Law in De La Salle University for 31 years. He finished law at San Beda in 1977. He is also a chapter head of the Couples for Christ. He told the JBC in his public interview that motivational speakers may help increase the morale of justices. 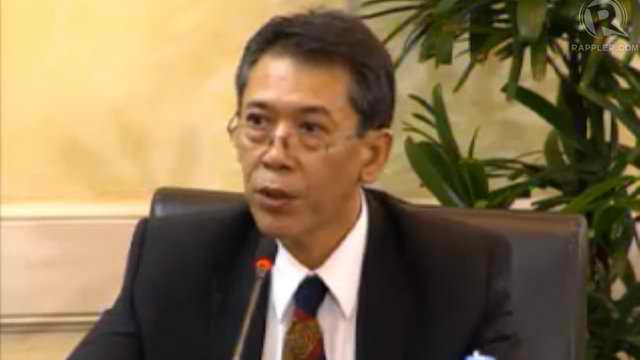 DIOKNO. He will be a judicial activist.

A staunch human rights advocate, Diokno previously told the JBC that if appointed, he wants to be remembered as someone who helped improve the poor's access to the justice system.

Diokno is a human rights lawyer and chairman of the Free Legal Assistance Group. He also handled cases involving press freedom. In a July JBC interview, Diokno described himself as a "judicial activist" who considers the Constitution as a "living document."

Diokno completed law at the Northern Illinois University in 1986 and passed the bar in Illinois. Diokno's father, Jose W Diokno, was a former senator and a legal luminary.

Diokno served as private prosecutor in the 2001 impeachment trial against then President Joseph Estrada. - Rappler.com