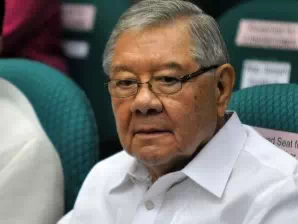 Speaker Feliciano Belmonte scoffed at the United Nationalist Alliance (UNA) for styling itself as the team to beat in the 2013 elections despite being numerically inferior in Congress and in local government units compared with the Liberal Party (LP) and its coalition partners.

Belmonte pointed out that size was a factor in getting coalition partners.

The Speaker said this was the reason LP had agreed to join forces with the Nationalist People’s Coalition (NPC) of Eduardo “Danding” Cojuangco and Nacionalista Party (NP) of Senator Manuel Villar,

and to make an offer to the National Unity Party (NUP), made up of former members of Lakas-Kampi of ex-President Gloria Macapagal-Arroyo.

“Ours is a coalition of giants,” said Belmonte, noting that the LP, NPC, NP and potentially NUP were individually bigger than the combined size of Vice President Jejomar Binay’s PDP-Laban and former President Joseph Estrada’s Pwersa ng Masang Pilipino (PMP) that formed the core of UNA.

President Benigno Aquino disclosed on July 5 that negotiations were underway among the LP, NP and NPC to form a 12-member Senate slate.

“I think the talks were very, very successful. But I will leave it up to our party president, Mar Roxas, to make the appropriate announcement,” the President told reporters.

He boasted that his endorsement, along with that of Binay’s and Senate President Juan Ponce Enrile’s, would overwhelm that of the President’s. “We’re three so we’ll have the edge over their candidates,” he said.

The UNA itself is still finalizing its lineup of senatorial candidates for 2013.

Pimentel believes Zubiri, who occupied his Senate seat for more than four years, was aware of the massive cheating that occurred in Mindanao in the 2007 elections that nearly cost him the position.

Malacañang has indicated that Pimentel would be welcome on the administration slate.

A source from the NPC, who refused to be named because he was unauthorized to speak for the party, on Wednesday said that most political parties were turned off by the “arrogance” of Binay and Enrile in dictating the terms of a partnership even though the UNA has less clout in Congress than its  prospective partners.

Belmonte said the LP was not yet finished in its coalition-building for the midterm elections as it remained interested in getting the NUP, which has 35 members in the House, to join the ruling party.

Nueva Ecija Representative Rodolfo Antonino, the NUP president, said his group was open to formalizing a partnership with the LP for the 2013 elections.

Palawan Representative Antonio Alvarez, the NUP vice president, said the party had yet to discuss whether it would get a candidate in the LP  senatorial slate.

“Our senatorial slate is still being finalized. For my part, I would like to have the NUP on our side. The NUP is a big bloc itself which ought to be consulted as well. We are looking at their list of members,” Belmonte said.