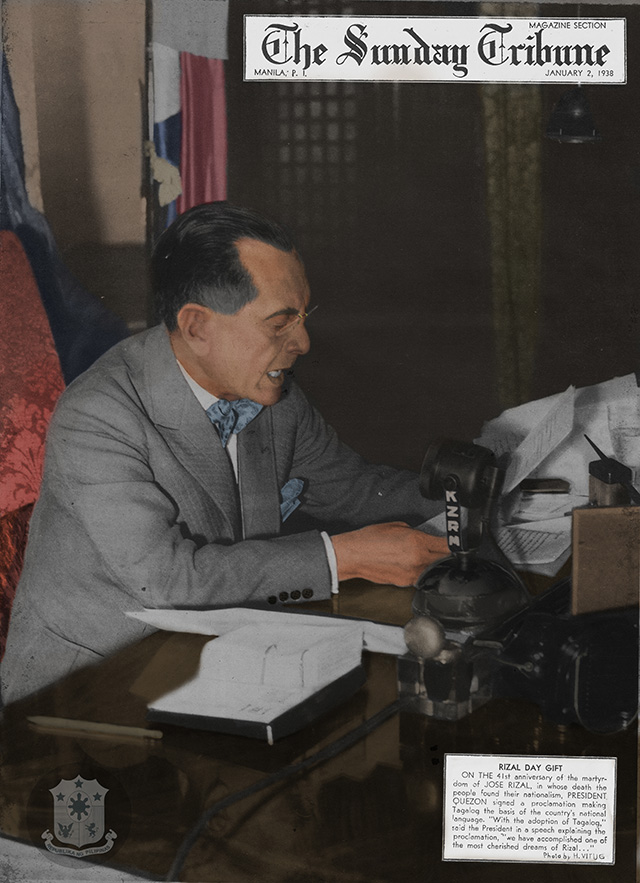 It was the first time that a President spoke on air using Filipino, which was declared the Philippines' national language by virtue of Executive Order No. 134 issued on December 30, 1937.

Quezon said in the radio broadcast:

Quezon echoed the recommendation of the National Language Institute (NLI) to adopt Tagalog as the foundation of the national language of the country.

The NLI was mandated to conduct studies on various native tongues with the purpose of evolving and adopting a national language based on one of these dialects.

Explaining the result of their studies, the language experts who comprised the NLI stated in a resolution they passed on November 9, 1937:

"This conclusion represents not only the conviction of the members of the Institute but also the opinion of Filipino scholars and patriots of divergent origin and varied education and tendencies who are unanimously in favor of the selection of Tagalog as the basis of the national language as it has been found to be used and accepted by the greatest number of Filipinos not to mention the categorical views expressed by local newspapers, publications, and individual writers."

Advances in use of Filipino

Fast forward to December 30, 2012, the President also addressed the nation in Filipino, but in a Youtube video, reflecting how communication technology has evolved since the declaration of the national language 75 years ago.

In his message, President Benigno Aquino III urged the country to take pride in using the Filipino language as a historical heritage and a medium of unity.

According to communications undersecretary Manuel Quezon III, the present generation of Filipinos has witnessed "advances in the use of the national language," citing the use of Filipino during the State of the Nation Addresses in 2010, 2011, and 2012.

Aquino however said that the challenge to develop the full potential of the language remained. - Rappler.com