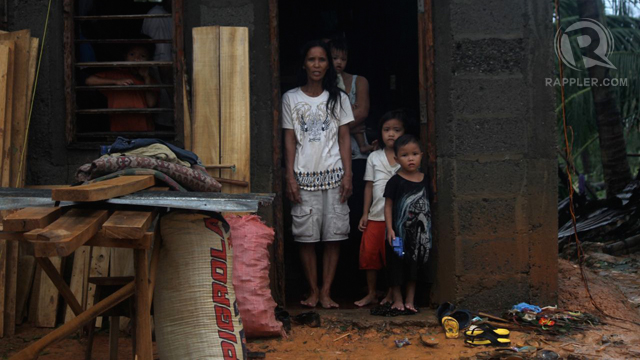 MANILA, Philippines - The year 2013 brings hope for most Filipinos, according to the Social Weather Stations survey released Friday, December 28.

The yearend survey, conducted between December 8-11, showed that 92% of adult Filipinos are feeling hopeful, rather than fearful, for the year ahead. This is just a slight drop from last year, wherein a record high 95% said they entered 2012 with hope.

This is higher than the 93% and 89%, respectively - the number of poor and very poor Filipinos who said they were hopeful.

Filipinos are usually hopeful for the coming year as revealed by past surveys. Since the question was first asked in 2000, the year 2004 saw the lowest number, with only 81% feeling hopeful for 2005. It steadily rose over the next few years, reaching its highest levels in the past two years.

But Filipinos in Mindanao are noticeably less hopeful compared to the rest of the nation, with only 85% of adults there expressing hope for 2013. The number dropped 9 percentage points from 2011 and is the lowest recorded since 2006. 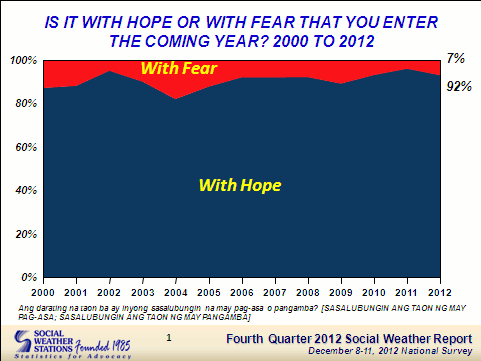 The country has had a phenomenal year as it became one of the world's fastest growing economy in 2012. - Rappler.com