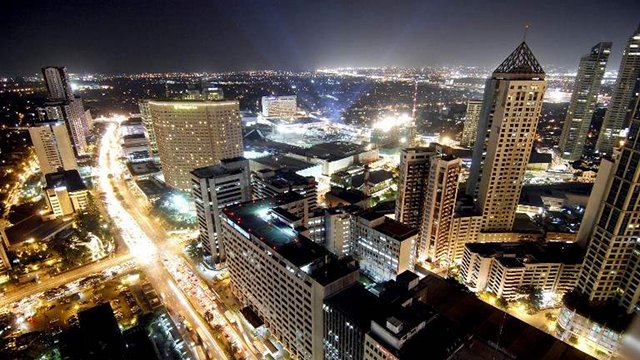 MANILA, Philippines - How did the Philippines fare in various surveys in 2012 that reflect how players, stakeholders and outsiders view the country?

Philippine National Competitiveness Council (NCC) tracked 8 of the survey results released in 2012. Of these, 5 surveys showed the Philippines' rank or score improved.

World Economic Forum’s Global Competitiveness Index - up 10 notches
Heritage Foundation’s Index of Economic Freedom - up 8 notches
Transparency International Corruptions Perception Index - up 24 notches
Global Information Technology Report - up 4 notches
Global Innovation Index - up 12 notches
The country's ranking in the Global Competitiveness Index rose to 65 out of 144 countries while in the Index of Economic Freedom, the Philippines' ranking rose to No. 107 out of 184 countries.

"We were also up 10 countries the year before; the 20 -country jump is one of the highest in the world in the last two years," Luz said about the Global Competitiveness Index.

The Corruptions Perception Index was where the country registered its highest jump. The Philippines ranked 105th out of 176 countries. Within the ASEAN, the country's position in terms of good governance improved to 5th from 7 out of 10.

"Though numbers are not directly comparable to the previous year because of a methodological adjustment," Luz explained.

The improvement in the country's ranking was the smallest in the Global Information Technology Report. The country improved its ranking to 86th out of 142 countries mainly due to the addition of new countries to the sample size.

Where did PH go wrong?

However, the Philippines' dropped in its rankings in the following 3 surveys:

In the 2012 World Competitiveness Scoreboard of the Switzerland-based International Institute for Management and Development (IMD), the Philippines dropped to 43rd place due to "unfavorable global economic headwinds" that adversely affected trade.

This meant that the Philippines has remained the least competitive country in the Asia-Pacific region, according to the IMD study in partnership with the Asian Institute of Management (AIM).

The country dropped to 138th even if it scored the same as in the previous year's Ease of Doing Business Report, a survey by the IFC, the World Bank's corporate arm.

"We ranked only No. 138 out of 185 economies and have not made any significant improvements in the last 3 years," he noted. "We are determined to change this."

Luz said the NCC has already created a task force from its own staff to analyse the government's 10 processes included in the Ease of Doing Business report.

The Doing Business survey measures the performance of countries according to 11 criteria. These are:

Starting a business
Dealing with construction permits
Getting electricity
Registering property
Paying taxes
Trading across borders
Getting credit
Protecting investors
Enforcing contracts
Resolving insolvency
Employing workers
Luz also assured that the NCC is closely working with IFC done through videoconferences with IFC analysts in Washington, DC. particularly 4 of the 10 teams handling the preparation of the Philippine report. He added that the NCC is also working with IFC offices in Manila.

"This task force has designated Account Officers for specific, important indicators. We have held a briefing with the government agencies in charge of each of these processes and they, in turn, have designated their officers in charge of each process improvement who we shall be working closely with," Luz added. - Rappler.com