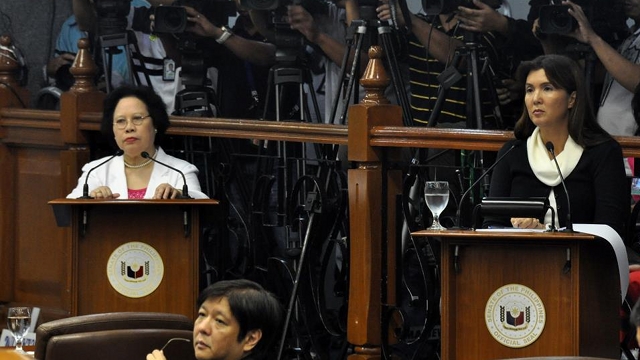 MANILA, Philippines – When does life begin? Are contraceptives abortifacients? Why the need for “safe and satisfying sex?”

These and other issues hounding the controversial Reproductive Health (RH) bill have, in the words of principal sponsor Sen Pia Cayetano, been debated for over a year in the Senate “until it was blue in the face.”

Until recently, proponents feared this will still be the case, with staunch critic Senate President Juan Ponce Enrile predicting that the debate will stretch until June 2013 or after the midterm polls.

Yet the past week was a gamechanger. With the House of Representatives passing the bill on 2nd reading and President Benigno Aquino III certifying it urgent, the stage is set for the Senate to finally vote on the issue.

This is the farthest the bill has gone in the legislative mill. If passed in both chambers, there will be time to reconcile the two versions, and have the bill ratified and signed into law before session adjourns in February 2013.

Monday’s vote is the culmination of a heated, emotional, and at times comical battle between supporters and critics of the one of the most divisive measures in Congress.

It also marks the peak of the 13-year effort to pass the bill providing access to both natural and modern family planning methods, and promoting women’s rights and sex education. Catholic bishops strongly oppose the measure but Aquino lent his political capital to see it through. 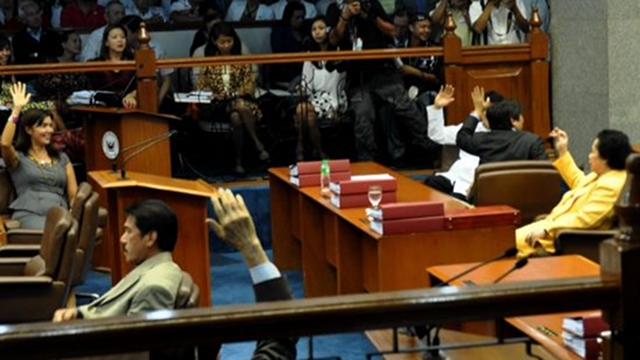 SENATE'S TURN. After the House vote on 2nd reading, it will be the Senate's turn to vote on the RH bill on second reading Monday, and possibly proceed to 3rd reading on the same day. File photo from Sen Pia Cayetano's Facebook page.

Here’s how the saga played out:

After Cayetano sponsored the bill in plenary, it took nearly a year for senators to wrap up debates or the period of interpellation last June.

The questions focused on the conception versus implantation debate, the use and effectiveness of contraceptives, and criticism that the bill is redundant with existing laws and services.

Cayetano summed up her answers to the questions on her blog entry "10 Facts about the RH bill," and in a previous interview with Rappler.

“Therefore, in logic, when a person masturbates and releases all those sperms for nothing, he commits murder? Let’s think about that.” 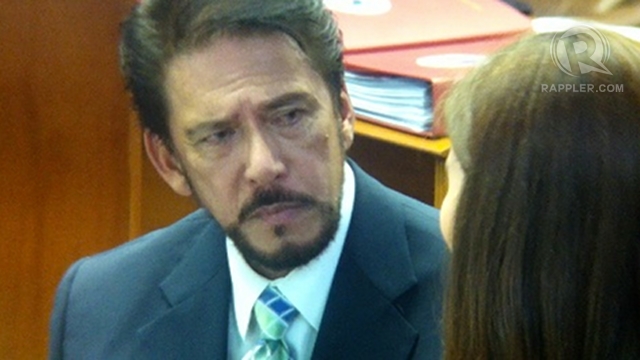 Deliberations on the bill were just about to heat up. From August to September, Senate Majority Leader Vicente “Tito” Sotto III’s delivered his now infamous 3-part turno en contra speech.

While the turno en contra is usually just for the budget, Sotto used it to lay out his main objections to the RH bill:

The RH bill violates Philippine sovereignty, the Philippine Constitution and existing penal laws.
The RH bill is detrimental to the health of a pregnant mother and puts the life of the unborn on the line.
The RH bill violates our financial independence and the autonomy of local governments.
The RH bill transgresses Filipino culture and family values.
Sotto’s arguments though took a backseat to another issue. He was accused of plagiarizing parts of his speeches, leading to an ethics case.

For Sotto, the issue was a distraction ploy.

3. No abortion provision, no LGU mandate

The period of amendments finally began in September. Aside from Cayetano’s committee amendments, Enrile, Recto, and Marcos have so far introduced changes to the bill.

These are the major amendments the Senate accepted so far: 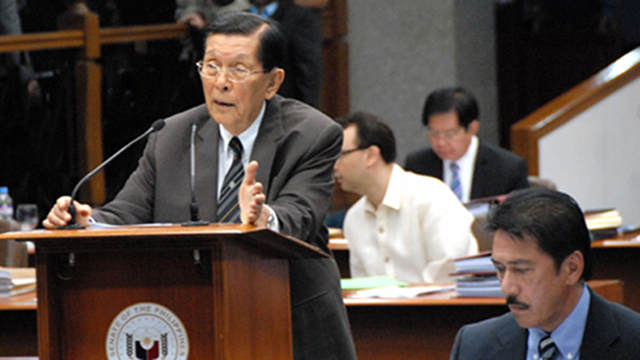 'THE HARDLINERS.' Senate President Juan Ponce Enrile and Sen Sotto have been described as the hardliners against the RH bill. File photo by Joe Arazas/Senate PRIB

‘The pressure is on’

If the RH advocates won in the House by a slim margin, will it be the same case in the Senate? A majority of senators present is needed to pass the bill. There are 23 senators.

Santiago said the RH bill has the support of at least 11 senators, based on the 11-6 voting to reject Enrile’s amendments.

“So it appears we have at least 11 senators we can count on but we have more senators because there are some senators who were absent. Sen Angara is out of the country. Sen Arroyo was no longer in the hall," Santiago said on December 5.

Cayetano’s office posted on Twitter that 10 senators voted consistently to support her in the period of amendments:

In an interview with radio dzBB on Sunday, December 16, Enrile conceded that the RH proponents have the numbers.

After introducing supposed killer amendments and criticizing parts of the bill, Recto told Rappler he is now inclined to vote for the Senate measure.

The undecided and the fence-sitters will be key.

The spotlight is also on the 6 reelectionists, with both RH supporters and the Catholic Church claiming they will campaign for those voting in their favor.

Will party politics hold sway? Marcos says his Nacionalista Party has no stand on the bill. Aquino’s Liberal Party (LP) is in favor of the RH bill but unlike in the House, LP members are not a majority in the Senate.

“I really believe in the end, although politics will play a party in it, it will be a conscience vote,” Marcos said in a press forum on December 13.

He added, “Because we are now near the finish line, the pressure is on.”

Whatever the outcome will be, proponents already consider the vote a victory of sorts.

Cayetano said, “At some point, we have to move on. Just like the impeachment, people need to see that the Senate makes a decision.”

She said, “This vote will put to a test our political maturity as a people and nation.” – Rappler.com