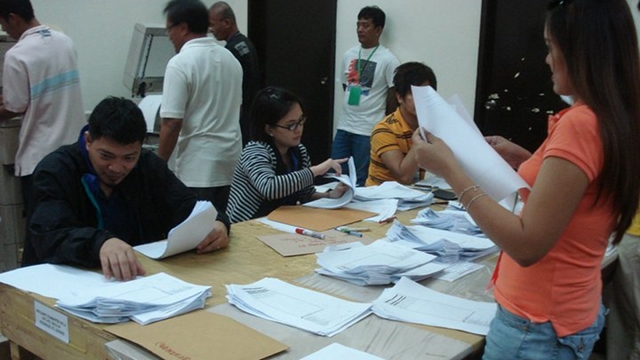 CITIZENS' ARM. The Comelec will accredit Namfrel as its citizens' arm for 2013. Photo from Namfrel's Facebook page

MANILA, Philippines – The Commission on Elections (Comelec) will accredit the National Citizens' Movement for Free Elections (Namfrel) as one of its citizens' arms for the 2013 elections, Comelec Chair Sixto Brillantes Jr said Monday, November 26.

In an interview with reporters, Brillantes said the Comelec has reached a consensus but has not formally voted on this. He said the poll body will issue a resolution soon.

Brillantes said Namfrel will engage in "coordinated and cooperative actions" with the Parish Pastoral Council for Responsible Voting (PPCRV), another citizens' arm that the Comelec has accredited. He did not elaborate.

The Comelec on Friday, November 23, said it made PPCRV its official watchdog due to its "track record as one of the commission's staunch allies in ensuring clean, orderly, peaceful, and honest elections." The PPCRV also has an "established" structure and membership nationwide, the poll body said.

Namfrel is seen as PPCRV's rival, especially during the 2010 elections when the Comelec did not accredit Namfrel.

PPCRV was Comelec's citizens' arm that year – the first time since 1983 that Namfrel did not serve in that capacity. Tension then reportedly broke out between the two groups, spilling over to the local level, according to Newsbreak.

Once Comelec formalizes Namfrel's accreditation, it will have to fulfill the following functions:

to serve as a poll watchdog in various precincts
to assist voters – especially senior citizens, persons with disabilities, pregnant women, detainees, indigenous peoples, and other vulnerable Filipinos – on election day
to assist the Comelec in information and education drives

The poll body, for its part, does the following for its citizens' arms: