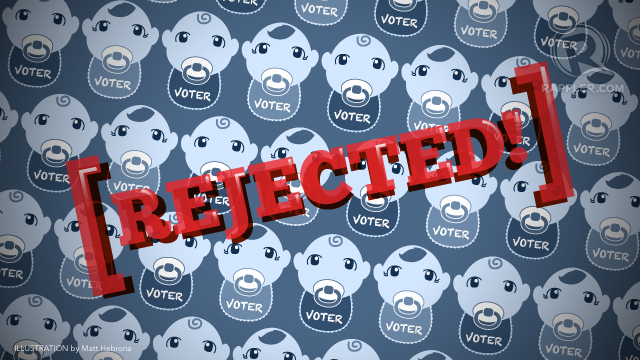 MANILA, Philippines - From among 1.5 million applicants in the recently-concluded general voters registration in the Autonomous Region in Muslim Mindanao (ARMM), the Commission on Elections (Comelec) has rejected 236,489.

In a report by the Philippine National Agency, Comelec Maguindanao provincial supervisor Udtog Tago said that most of those whose applications were rejected were found to be double registrants.

"If the applicant will be detected as double registrants, [the] utmost punishment is he cannot vote," Tago said.

Tago added that 33,778 of these applicants are minors. Comelec earlier estimated that about 50,000 minors in ARMM were forced to join the registration, which election officers allowed to avoid confrontation in the registration centers and prevent further delay.

Comelec received a total of 1,566,795 applications during the general registration that ran from July 9 to 18. This is lower than the 1,816,022 registered voters in the region in the 2010 elections.

Before the hearing, the applications for registration were subjected to a post-verification process wherein an Automated Fingerprint Identification System was used to spot any duplicates in the database.

The general registration in ARMM was meant to clean up the voters' list. The region has gained notoriety for election violence and massive cheating. - Rappler.com