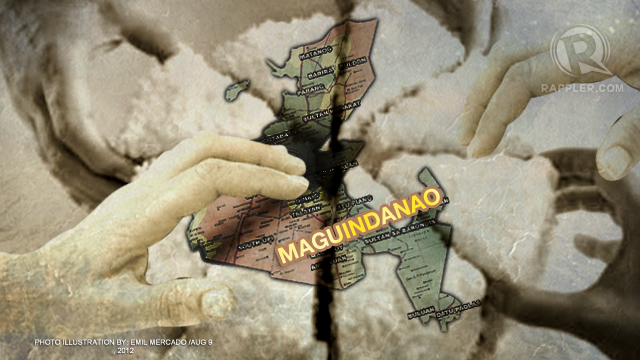 MANILA, Philippines (UPDATED) – Their patriarch and major members of the clan are in jail for the Nov. 23, 2009 massacre of political rivals and journalists, but the Ampatuans will be very much around come campaign season in Maguindanao.

In fact, there are so many family members running for various local posts in 2013 that some of them will be up against each other, and not against their rival clan, the Mangudadatus.

A complete list of candidates obtained by Rappler from the Commission on Elections (Comelec) shows that 74 members of the Ampatuan clan have filed their certificates of candidacy in 14 municipalities in Maguindanao.

Of the 74 Ampatuans who filed their candidacy for next year's poll, 17 are incumbent. Two will run for higher office, while 15 will run for reelection.

At least 10 of the Ampatuans said in their certificates of candidacy that they are running under the ruling Liberal Party of President Benigno Aquino III.

This year's number is an increase from the 68 Ampatuans who ran in the 2010 polls, where 48 of whom won.

The clan, however, is not expanding into other towns, but fighting it out in their current turfs.

The massacre of at least 58 civilians happened 3 years ago this week, on Nov. 23, 2009, within the election season for the 2010 presidential, senatorial and local races. It's the country's worst case of election violence in recent history.

The wife of then Buluan Vice Mayor Esmael Mangudadatu was on a convoy with relatives, political supporters, and local mediamen, to file his certificate of candidacy in Shariff Aguak to challenge Andal Ampatuan Jr, son of the patriarch, Andal Ampatuan Sr, who was then the province's outgoing governor.

The senior Ampatuan has since been arrested and jailed in Manila. At least 27 out of the 195 accused in the case bear the name Ampatuan. A total of 92 remain at large even as the trial drags.

Mangudadatu has since been elected provincial governor, and even he is trying to build a dynasty—17 members of his clan have filed their candidacy for various posts in Maguindanao for 2013, from just one aspirant in the previous election.

Like the Ampatuans, the Mangudadatus are not expanding into other towns either. Their candidates are running in the same 4 municipalities that the clan has dominated, and will therefore inevitably pit family members against each other.

The Ampatuans and Mangudadatus will clash only in the town of Datu Abdullah Sangki, where Samsodhen Ampatuan-Sangki and Mariam Sangki-Mangudadatu will face each other in the mayoralty race.

At the provincial level, reelectionist Gov Mangudadatu of the Liberal Party will not be challenged by any Ampatuan. He will be facing off with Tucao Mastura of PDP-Laban.

The Ampatuans have fielded 3 candidates for provincial board member.

Among the Ampatuan re-electionists are Datu Hoffer Ampatuan Mayor Bongbong and Vice Mayor Nor-aila, wife and daughter respectively of former Autonomous Region in Muslim Mindanao (ARMM) Gov. Zaldy Ampatuan, who was expelled from office after the massacre.

The Ampatuans have candidates in 14 out of the 36 municipalities in Maguindanao. Most of the candidates from the clan will run in Shariff Aguak and in Mamasapano.

In 3 towns, members of the Ampatuan clan will be running against each other for the post of mayor.

Datu Hoffer Ampatuan was created in 2009 out of several baranggays from Shariff Aguak. It is among the new municipalities created in the ARMM for the purpose of giving "deserving leaders" of hotly-contested areas their own territory.

The Mangudadatus, on the other hand, have candidates in only 4 towns, with most in Buluan.

In the town of Buluan, where Esmael Mangudadatu served as vice mayor before running for governor in 2010, two of his relatives will be running for mayor: his brother Ibrahim, and Lorena.