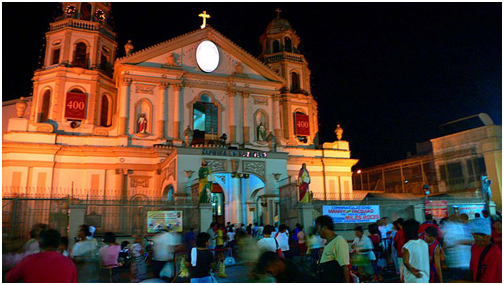 The first crow of the rooster during the early morn of December 16 marks the beginning of the yearly observance of the Misa de Gallo, popularly known to Filipinos as the Simbang Gabi. These masses are the most important of all Filipino Christmas traditions because they signify the coming birth of the Messiah. It is a fusion of Filipino folk rites and indigenous customs with religious devotion deeply embedded by Spanish colonizers.

"Misa de Gallo" is the Spanish phrase for Midnight Mass. The phrase literally means “Mass of the Rooster”.

Simbang Gabi is about three centuries old, having begun sometime in the 1700s. A Spanish friar gathered his flocks of farmers during harvest time - coinciding with the Christmas season - and together they gave thanks for the bountiful harvest. Group singing was encouraged during the gathering and a simple breakfast was served afterwards. From then on these farmers willingly observed those early mornings as a time for worship, and it became a tradition over time.

These nine dawn Masses, usually starting at four o'clock in the morning, are considered a novena by the Catholic and Aglipayan faithful. Going to mass this early for nine consecutive days is meant to show the churchgoer's devotion to his faith and to heighten anticipation for the Nativity of the Lord. A traditional Filipino belief, however, is that those who complete the novena will have a special wish or favor granted by God.

After hearing Mass, Filipino families partake of traditional Philippine Christmas delicacies, either during breakfast at home or immediately outside the church where they are sold. Vendors offer a wealth of native delicacies, including bibingka (rice flour and egg based cake, cooked using coals on top and under), puto bumbong (a purple sticky rice delicacy which is steamed in bamboo tubes, with brown sugar and coconut shavings as condiments), salabat (hot ginger tea), and tsokolate (thick Spanish cocoa). Because of this, the Filipino traditions and culture are preserved. 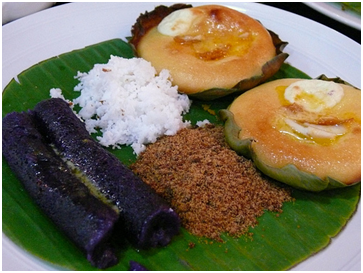