“Tayo na sa Antipolo at doon maligo tayo sa batis na kung tawagin ay Hinulugang Taktak at doon tayo kumain ng mangga, suman, kasoy at balimbing…” This is how the chorus goes of a folk song entitled Tayo na sa Antipolo, composed in 1929 by Gerry Brandy. The waterfall area has been designated as a National Park by the Department of Environment and Natural Resources and is one of the two most popular tourist spots in Antipolo City, Rizal’s capital.

For outdoor lovers, the Taktak National Park adjacent to the famous waterfalls is available for picnics. A minimum entrance fee entitles one to enter the park, have one of several picnic tables under the shades of coconut and mango trees and swim in the park's natural spring water pool. 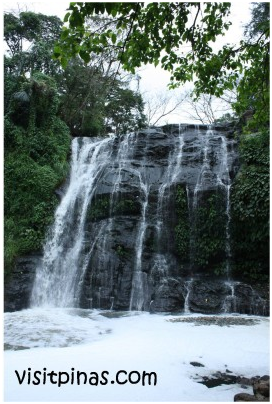 How to get there

We were happily singing this folk song when we passed through the vendors of the delicacies which Antipolo is known for, primarily kasoy and suman, right at the end of Marcos Highway. From the Sta. Lucia commercial complex or the SM Masinag, we took a right turn after the Masinag Market. That’s the start of the ascent through Sumulong Highway. At the end, the point where the wide road narrows, almost like a deadend, we took the right turn, driving 400 meters to the entrance of Hinulugang Taktak.
From the Sumulong Highway, take the left of the fork at the Ynares Coliseum in Antipolo. Around 500 meters is a gas station USA88, take a left turn. Go straight, taking right of the next fork, then left at the deadend. Around 300 meters is the Hinulugang Taktak.

Hinulugang Taktak was immortalized in 1929 by the folk song, yet it was only in 1990 when it was declared a National Park under pursuant to Republic Act No. 6964. It was previously declared a recreation area through Presidential Proclamation No. 330 dated 15 July 1952.

On the way to Hinulugang Taktak, while singing “Tayo na sa Antipolo”, we were looking forward to the fresh water of the waterfalls, the fresh air amidst the huge trees. We were thinking it would be like Quezon City’s La Mesa Dam. Doubts began to creep in the moment we stepped into the entrance of the Hinulugang Taktak, after paying the P8-peso entrance fee (see other fees below).
A piercing smell, just like any estero or sewage canal, attacked the senses. We’ve been through worse, and we could stand it, but the smell is simply unbelievable because this is supposed to be a national park. The Hinulugang Taktak is one of the most popular destinations in Antipolo, the other being the Antipolo Cathedral (Nuestra Senora de la Paz y Buen Viaje or the National Shrine of Our Lady of Peace and Good Voyage). 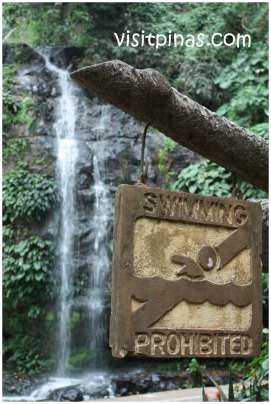 Swimming is prohibited (except in the swimming pool). The water of Hinulugang Taktak, with houses perched on top, is no longer safe for human use. White froth gather at the base of the waterfalls, exactly how it would like if the dripping water is beer.Something drastic needs to be done to save theHinulugang Taktak.
If it’s possible to save it. 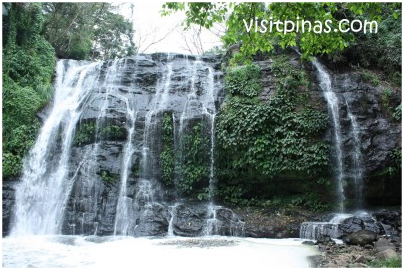 To save it, I wouldn’t mind a higher entrance fee. In fact, we wouldn’t mind going again and again just to support its rehabilitation. We wouldn’t mind using this blog to encourage others to patronize the Hinulugang Taktak.
Entrance fee: P8 for adults, P5 for students
Swimmingfee: P15
Picnic shed: P50
Umbrella shed: P50
Picnic table: P15
The law which declares Hinulugang Taktak as a National Park, also tasks the Protected Areas and Wildlife Bureau of the Department of Environment and Natural Resources (DENR) to administer the park, in coordination with the Department of Tourism (DoT) and the provincial government of Rizal. 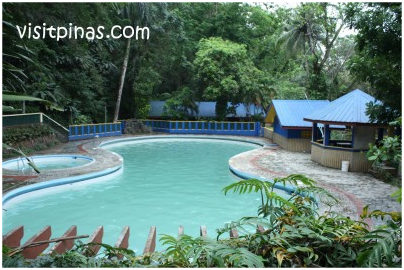 Other provinces succeeded in promoting tourism and protecting their heritage and environment. Officials at Pagudpud were apologetic when they collected an entrance fee to the Blue Lagoon, but we didn’t mind because the place looks protected. Same could be said with Palawan and Camarines Sur. Let’s hope Antipolo could protect one of its famous destinations.