You can have your fill of fresh giant crabs, oysters, lobsters, and other seafood dishes in Masbate’s restaurants. It is also considered as the country’s “ranch capital” (the beef here is very tender, tasty and very filling), and has the best poultry meat. Hence, the island’s specialties, apart from seafood, are grilled horse’s meat, beef steak, and flavored fresh cow’s milk which can be bought from Facenda da Esperanza in Milagros. (Quick fact: it is a rehabilitation center and it is the locals who stay there who produce these products.)

Masbate is a tropical paradise for tourists and locals alike looking for scenic sunsets, tropical gardens, waterfalls, white sand beaches, and delicious food. An island-province, it is considered to be one of the hidden treasures of the Philippines because of its undisturbed natural reefs and reserves, not to mention that its central location makes the city a melting pot for culture, dialects and cuisine. 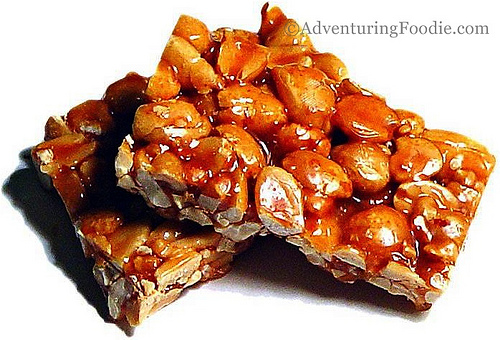 On Fridays and Saturdays, there is a saud (flea market) where you can buy dried fish, rice, cheese (yes, Masbate makes their own version of mozzarella cheese!), homemade sausages, and vegetables. Merchants gather round the capitol and sell their wares to people from as far as the Bicol towns and even to foreigners.

Aside from seafood, horse’s meat and cheese, Masbate also has the famous native delicacies calledcarmelado and molido. Carmelado is Masbate’s version of the pastillas. It’s made of carabao’s milk and sugar and can be found outside the Masbate Port and in the saud, usually costing around P100 per pack of 30 pieces.

Molido, a Spanish word that means ground or milled, is a dessert made from sweet potato and/or pili nuts, although it is the sweet potato that is more common in the markets of Masbate. There’s a variety of molido where it is sprinkled with coconut bits and crushed pili nuts that is more popular to locals and tourists looking for a sweet treat.

Molido is a definitely a winner; it is crumbly on the outside, soft on the inside and as cliché as this may sound, literally melts in your mouth. You can eat this dessert with the Masbate Buffalo arabica coffee. This yummy kamote candy which costs around P50 per pack of 30 pieces, can be found in the Ports of Masbate and the weekend flea markets.