Hundreds of work animals, mostly carabaos, are led on a parade in the streets of the town every 14th and 15th of May to honor its patron saint. San Isidro Labrador. The carabaos decorated with garland and shaved for the occasion, genuflect or kneel in front of the church. Witness the colorful Carabao Festival and religious activities of the town. On the 14th of May, farmers all over the town pay tribute to their patron saint. San Isidro Labrador, in glorious thanksgiving for a year-long bountiful harvest. The celebration is manifested by hanging all sorts of fruits, candies, food crops and multi-colored kipings on bamboo poles. The affairs is highlighted by kneeling of carabaos in front of the church and the symbolic floats. Every year, a sea of frolicking humanity comes in droves to witness this showcasing inate talents of the carabaos.

According to historical records, San Isidro was hired as a "labrador" or laborer. He worked in a farm and his landlord was astonished when he was still capable of finishing his tasks despite his coming late to work most of the time. Curious by this strangeness, he investigated and saw that the person plowing the field was an angel. Amazed, he knelt before San Isidro and the image of a kneeling man is often associated with the patron saint. 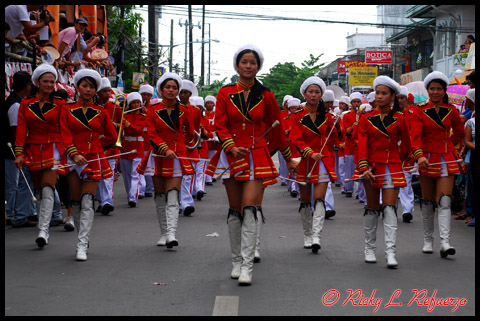 Thus, the Hispanic feast of San Isidro evolved into the Carabao Festival since the carabao is an important animal to farmers because it helps them plough their fields and produce a good harvest. 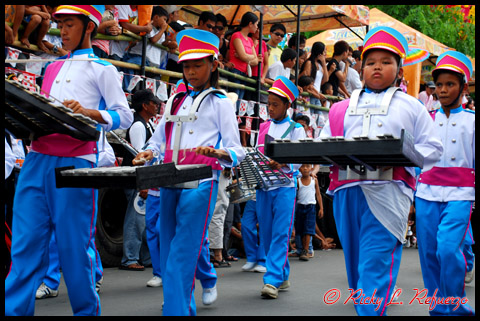 Although these religious carabaos are the highlight of the event, there are other things that are equally entertaining, the marching bands opened up the ceremony. 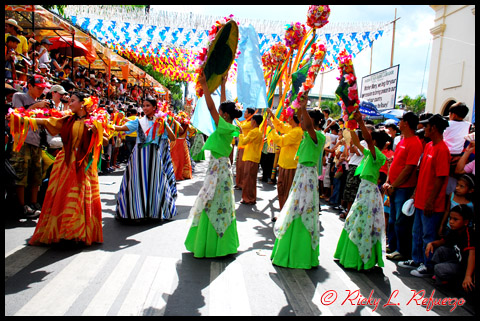 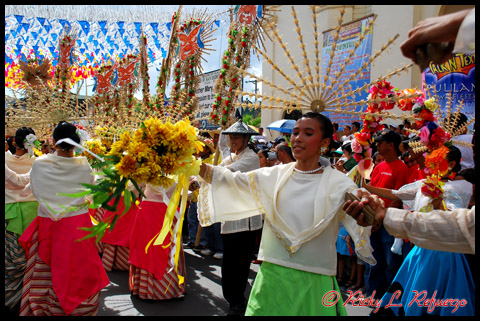 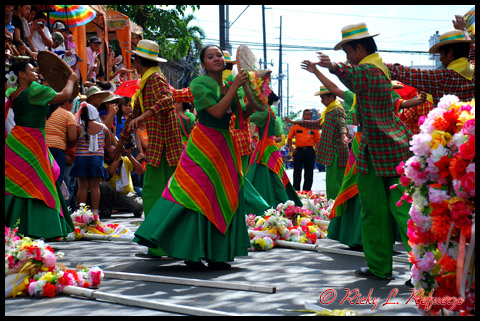 After the street dancers, floats being pulled by these large mammals symbolizing the different stages of rice production paraded. From pagsusuyod (tilling) up to pagsasako (sacking), these stages were presented artfully, they’ve even included a replica of a ricefield. 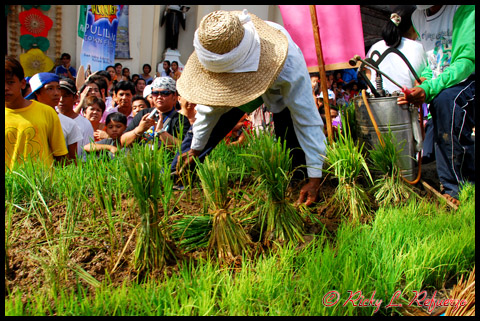 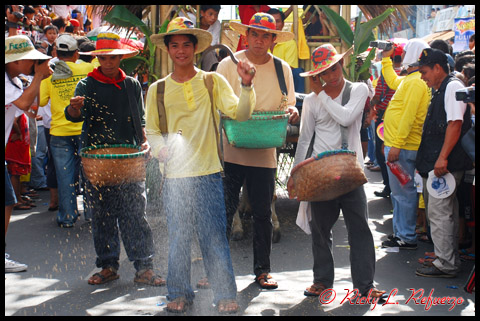 Now, its time for the main event, the kneeling Carabaos. 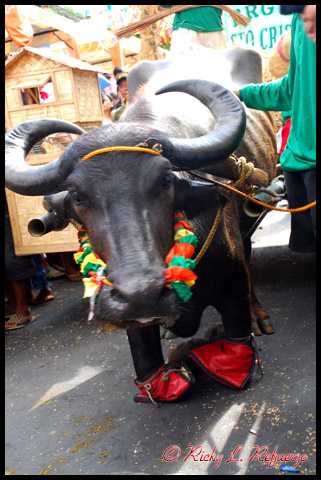 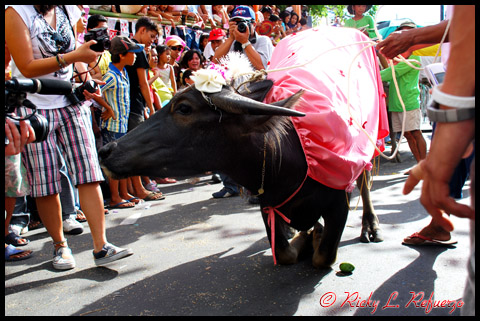 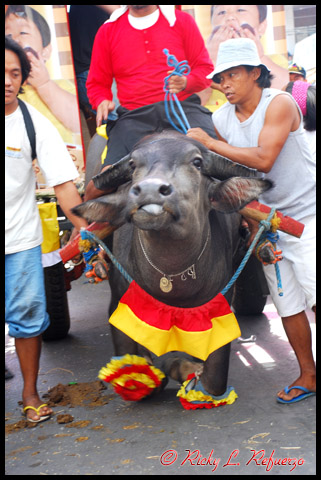 And the day ended peacefully with all the joy and gladness on everyone's heart. 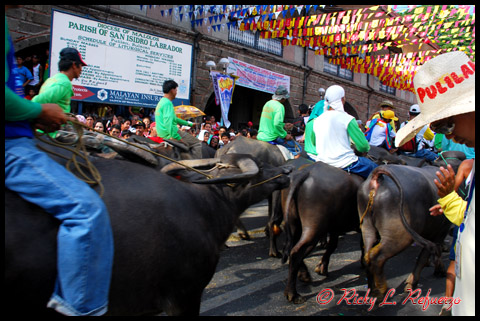